We have to fertilize our thoughts and lives with righteous seeds. Seeds that will take root, blossom and sustain all the dreams you have. To fertilize your dreams means to take time and space to feed your soul with practices and prayer. What are your fertilization methods in your own lives? Have you neglected your garden? A richly fertilized soil will produce a mighty, strong fruit continuously. Weak and neglectful tending will yield poor results.

Just as the farmer tends to his apple orchards, he doesn’t see apples on his trees now, but he knows the fruits are coming. He keeps his soil fertilized and gives the trees what they need in order to flourish and grow. He handles the tending, and God handles the rest. It’s all about working in concert with the Universe. ~Your Curator of All Things Inspirational, Kimberly Jo Cooley

Image courtesy of Earth And The Moon
Photo by xedos4, from http://www.freedigitalphotos.net.

Definitions of Contrast: n. 1.  The use of opposing elements, such as colors, forms, or lines, in proximity to produce an intensified effect in a work of art. 2. The difference in brightness between the light and dark areas of a picture, such as a photograph or video image (http://www.thefreedictionary.com/contrast).

My Spiritual Definition of Contrast: Contrast is a byproduct of the manifestation you’ve created based on your choices of action and inaction. The noun contrast is revealed initially in an unpleasing and unsatistfactory way – making you feel like your life is now hugely negatively affected by it. Just as choices are inevitable, so is contrast, but it is how you perceive and receive it that determines the outcome.

Recognizing the gift that contrast is will allow you to harness your life in a way that is refreshing, productive, and lays the foundation for creating more of what you want. It is your perspective of your situation and how you respond to it, that will define your experience. If you must have a cry over what seems like a bad situation, have that cry. Allow your disappointment or anger to have its moment, otherwise you will find yourself having to face those emotions over and over again.

Oftentimes, contrast is showing us an area where we may have neglected. It can also be the natural result of other actions you’ve consciously or subconsciously created.

We get complacent, not minding our thoughts and actions and contrast can come from our neglect. Sometimes we need contrast to come in and shake things up, to remind us of what it is we do and don’t want.

Recently I had a situation at work where contrast showed up. I was told I would need to help out my old department, as they were severely behind and the workers were threatening to walk off their jobs. I had an immediate, visceral fear that I, too, would feel like I wanted to walk off my job if I had to put my own work on hold as I helped these workers. I could not see the blessings that was on the other side of what appeared to be disappointing news.

In time, I started to see why it had to be me to help them out – my bosses felt I could do it and that felt good to know they can trust me. I was able to give expertise to the workers so they can settle more claims. Most importantly, the contrast showed me what it is I really do want and don’t want in my job and even opportunities outside of my work that could grow – such as writing a book geared towards the spiritual side of customer service. Or, even better, to consider self-employment and consulting. I would not have seen these opportunities had I not had been asked to help and to see the resulting contrast of answering yes to the request.

The truth was, I had gotten complacent in my goal setting – I was coasting along, not giving my Flow direction or feeling what I wanted next. I was not really moving towards any new career aspirations other than what I had currently going on and I felt like I was in a safe place. The contrast of having to do my work as well as another department’s work forced me to look at where I’m at and my future aspirations once more, only this time, with more information on what I do and do not want. Who knows what may come of this latest experience, but now I am alert and aware again to what’s going on and what I need to be focusing on.

~Your Curator of All Things Inspirational, Kimberly Jo Cooley 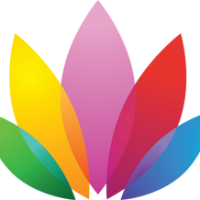 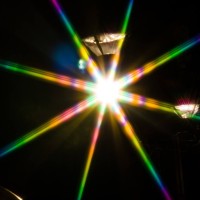